A Look Back At BeaverCountian.com’s Reporting From 2019

As BeaverCountian.com prepares for another year filled with eye-opening investigative reports, heart-touching stories, and innovative site features, here’s a look back at the work we did in 2019 to keep you informed.

Beaver County is home to 54 municipalities, each with its own local government and elected officials who spend the public’s tax dollars. It had been many, many, years since a reporter showed up to most of their public meetings. In some instances, officials told us they hadn’t seen a reporter at a meeting in more than a decade.

We made the decision in 2019 to start prioritizing coverage of these municipalities. The videos we captured of meetings, along with our synopses of what occurred, gave the public unprecedented insight into local governments in Beaver County.

We Brought National Attention To A Local Tragedy

We examined accusations of public corruption in Aliquippa and its police department. We also explored controversies in DelTondo’s personal life, including her breakup with fiancé Frank Catroppa and her association with a young man named Sheldon Jeter Jr.

The prime-time episode of 48 Hours aired in May 2019 and was watched by more than 3 million people during its initial broadcast.

– Watch The 48 Hours Episode “What Happened To Rachael DelTondo?” 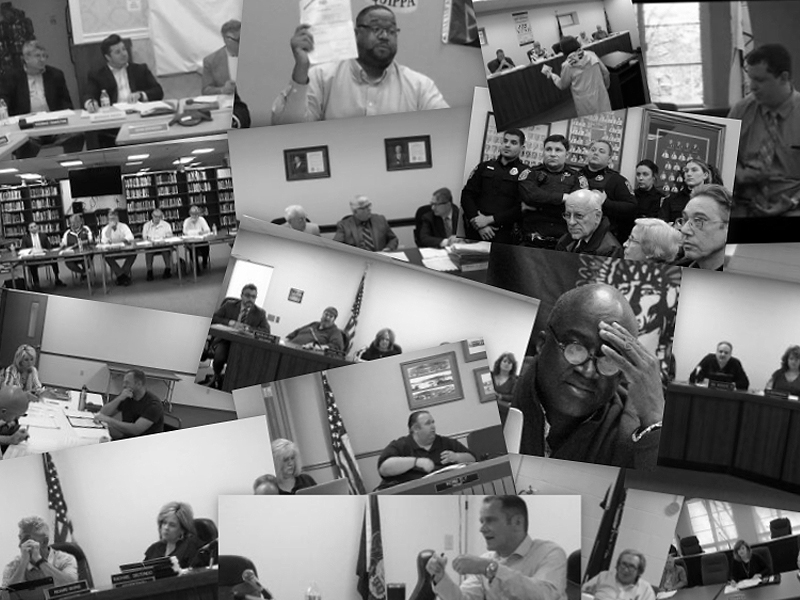 Along with increasing our coverage of public meetings, 2019 was also the year BeaverCountian.com introduced our “Community Dashboards.”

Our automated systems monitor hundreds of social media accounts run by local governments, police and fire departments, school districts, and other official sources of information, to update these pages daily with news about happenings in each of Beaver County’s towns.

We also gather and publish information on every call made to 911.

These dashboards are the result of significant development work done by BeaverCountian.com, and we continue to innovate behind the scenes with plans to make these dashboards even more powerful for our readers. Expect exciting new features ahead in 2020.

See: BeaverCountian.com Launches Community Dashboards With 911 Call Logs For Every Town In The County

We Were There When Others Weren’t

When a green fog began to spread across the valley late one night in July, BeaverCountian.com was the only local news source providing real-time coverage of what turned out to be a serious chemical fire that forced a community to shelter-in-place. We continued to report the story in the days and weeks that followed.

We Brought Attention To A Crisis Situation In Emergency Services

Our reporting on the chemical fire in Rochester started to reveal some very troubling truths about emergency services in Beaver County and so many other counties throughout Pennsylvania. BeaverCountian.com contributing editor Lori Boone dug deeper and her three-part report forced the community to face a terrifying possibility, “What if your family called 911 in an emergency, but no help arrived?”

See: Who Will Save Us? A Video Introduction: Sounding The Alarm

– Who Will Save Us? Part 1: The Volunteer Firefighter Drain

– Who Will Save Us? Part 2: Free Isn’t Without A Hefty Price

Sometimes Our Reporting Made Officials Pissy

You can’t do the type of work BeaverCountian.com does week after week without ruffling some feathers. As in years past, 2019 saw some interesting reactions by public officials in response to our reporting.

See: Sheriff Guy Having Clerks Questioned About Interactions With BeaverCountian.com

– Blackhawk School Board Tells BeaverCountian.com It Can’t Publish Meetings Without Permission (Surprise! We Did It Anyway!)

– It’s National Constitution Day And Ambridge School District Is Threatening To Sue Us!

We Carried On A Tradition Of Investigative Journalism

BeaverCountian.com continued its strong tradition of investigative journalism in 2019, publishing stories that took readers behind the scenes in ways no other publication in the region could.

See: Inside The Attempt To End Jack Manning’s Candidacy For County Commissioner

– Editorial: To Those Anonymous Sources A Public Thank You For Private Deeds

From reassessments to reefer, we took an in-depth look at a wide variety of subjects to provide new insight and historical perspective about issues facing Beaver Countians today.

See: Will A Reassessment Rebellion Be Repeated In Beaver County? Revisiting The 1982 Revolt

– Dairy Farming On The Decline In Beaver County: “You have to have it in your blood”

– It’s 420! Here’s A Stoner Holiday Story About An Iconic Picture From Beaver County’s Past

– The Clock Is Ticking! Aliquippa Has Just 3 Years To Get Finances Under Control Before Facing A State Takeover

– Serenading Cicadas! Beaver County Will Erupt With Up To 1.5 Million Per Acre In May

Random Stories From 2019 That Made People Ask, “What The Hell?”