Need to get ahold of us? Visit our Contact Page for all of the ways you can get in touch. 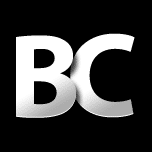 Launched in January 2011, BeaverCountian.com is a hyper-local news site covering the happenings in Beaver County, Pennsylvania. It has won thirteen Golden Quill awards for excellence in journalism from the Press Club of Western Pennsylvania.

BeaverCountian.com was pioneered as a one-person guerrilla journalism venture by John Paul Vranesevich, filling the role of a local traditional press watchdog and alerting the public when a problem is detected.

The site now has more than 27,000 Facebook followers and more than 15,000 people signed up to receive instant smartphone notifications as each new piece is published.

Many of the Beaver Countian’s investigations have led to public action, judgments, arrests and criminal convictions. Its reporting is regularly cited by regional, national and international news outlets.

From 2018 through 2021, BeaverCountian.com has worked as a consultant for CBS News, helping to produce episodes of 48 Hours about the unsolved murder of a local elementary school teacher.


With assistance from the Electronic Frontier Foundation (EFF), BeaverCountian.com set state-wide precedent in 2017 for an online news publication, when a Pennsylvania Common Pleas Judge ruled it is covered by the state’s Reporter Shield Law and constitutes a newspaper of general circulation.

It was the first time in Pennsylvania that a new media reporter invoked the protection of anonymous sources and was the result of an unsuccessful subpoena filed by the Beaver County Treasurer and her daughter, seeking the identities of anonymous commenters.

Sources are assured of complete anonymity if necessary.

Such incredible reporting in your community

The Beaver Countian’s primary focus remains uncovering corruption and waste in local government, though it also works to provide readers with growing coverage of other newsworthy events.

Superstar editor and reporter ... John Paul Vranesevich please keep your head down, I am telling you!

Before this second life as a journalist, John Paul was known as an internationally renowned computer security expert, regularly tapped to lecture at places like the FBI Training Academy in Quantico, FBI headquarters in D.C., CIA headquarters, the National White Collar Crime Center, and the Lawrence Livermore National Laboratory. He’s appeared in hundreds of publications and books, has been profiled in Vanity Fair, and his life rights were optioned by John Wells Productions — the producer of E.R. and The West Wing.

The Sherlock Holmes of the Internet

John Paul started a site that tracked news about hackers while in Beaver Area junior high to convey what he was learning about computing and network security. It later transitioned to a computer security site when he discovered a hacker was targeting military networks and attempting to sell information to alleged terrorists purporting to be associated with Osama bin Laden.

His work was basically one of an online detective, tracking hackers for federal and corporate entities, drawing the intense ire of the hacking community.

His transition to creating the Beaver Countian was quite natural.

That work of intense research, developing a multitude of strong sources and finding the way to truth and justice is now focused on Beaver County. John Paul’s favorite press-related quote is one from President Theodore Roosevelt:

“Now, it is very necessary that we should not flinch from seeing what is vile and debasing. There is filth on the floor, and it must be scraped up with the muck rake; and there are times and places where this service is the most needed of all the services that can be performed.”