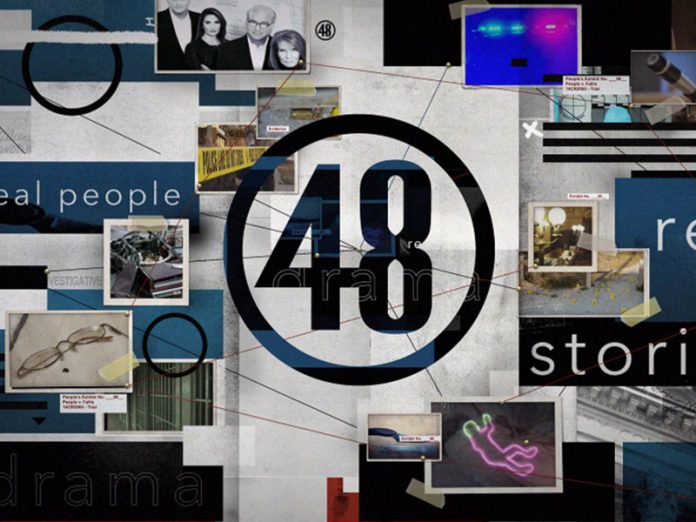 Corporate attorneys for CBS News in New York City have retained a Pennsylvania law firm to obtain evidence presented by prosecutors in the trial of Sheldon Jeter Jr.

BeaverCountian.com has been working with CBS News for an updated episode of “48 Hours” about the murder of Rachael DelTondo. The case remains unsolved, although Jeter’s attorneys have publicly acknowledged he is considered a suspect by investigators.

The episode is expected to include Jeter’s arrest, trial, and subsequent conviction for the May 2020 murder of Tyric Pugh in Aliquippa. BeaverCountian.com’s John Paul was the only reporter who sat in the courtroom through all of the trial testimony.

A show air date has not yet been announced.

CBS News’ court motion was filed with the Beaver County Office of Clerk of Courts Wednesday afternoon under the umbrella of “CBS Broadcasting Inc.” It seeks to have Judge Kim Tesla release copies of trial evidence to the media. Among the items being sought are videos of Jeter providing conflicting stories while being questioned by state police.

BeaverCountian.com had exclusively obtained several investigative photographs which it published on June 12, including pictures of the alleged murder weapon that had been stashed under Jeter’s mattress. The article became a subject of discussion in open court by the judge as part of an official record of the trial.

The motion, if successful, could also see a release of the remaining photographs taken by investigators.

Beaver County District Attorney David Lozier had initially told members of the media that he was “ready, willing, and able” to release copies of the evidence to reporters after it had been introduced in court. Lozier later told BeaverCountian.com that Tesla had prevented him from doing so after learning about his intentions.

The subsequent legal action came after Tesla made it clear he was not simply going to release the evidence in response to letters submitted by John Paul on June 21, and by CBS News’ Judy Rybak on June 22.

The judge addressed those letters in open court before issuing an order from the bench requiring the filing of legal action.

“The Court did not have the ability to digitally reproduce exhibits during the course of trial,” Tesla wrote. “The court exhibits must be maintained during jury deliberations, so that they are available for review by jurors.”

Tesla’s order continued, “Per the First Amendment, criminal trials are open to the public. Access by the press to court exhibits, i.e. judicial documents, will enhance transparency of criminal trials.”

The order required the Beaver County District Attorney’s Office to file digital copies of evidence it presented in the case with the court. It went on to require the filing of a “motion for intervention” by the media, with subsequent approval required by the court, before the copies could then be released to reporters.

Tesla told prosecutors and defense attorneys he would provide them the opportunity to respond to any such motion before ruling on the matter. Attorneys in the case have indicated they will not contest the materials being released.

John Paul, KDKA’s Nicole Ford, and WTAE’s Bob Mayo worked together on Wednesday to help bring the legal action to fruition. KDKA and WTAE joined in 48 Hours’ motion as part of the media’s effort to make materials from the trial broadly available for the general public.

Tensions With The Media

The media’s access to the proceedings was a matter of contention throughout the trial, as reporters were often made to go to the back of the line while accessing the courtroom. KDKA’s Andy Sheehan was shut out of the courtroom during opening statements; John Paul was physically menaced by a member of the Jeter family over seating.

The trial began in a courtroom that provided only 6 seats for the general public; prosecutors and defense attorneys objected to reserving any seating for the press.

The Jeter family had delegated its reserved seating to individuals who were not relatives on several occasions, including providing seating to an out-of-state conspiracy theorist who had been publishing demonstrably false and defamatory claims about trial witnesses to YouTube.

An overflow room established by the court to provide a live feed of the trial was plagued by poor audio quality and an inability to see evidence as it was being presented.

Two written requests made to court administrators by BeaverCountian.com eventually led to the trial being moved to the county’s largest courtroom, which provided nearly 40 seats for members of the media and public.

– Exclusive: Found In Jeter’s Bedroom – Evidence Photos From The Investigation

– Timeline: The Murder Of Rachael DelTondo