A stuffed animal, a book about the bible, and an alleged murder weapon; BeaverCountian.com has exclusively obtained photographs taken during an investigation of Sheldon Jeter Jr. for the May 2020 murder of Tyric Pugh.

Included in the investigative photographs acquired by BeaverCountian.com are ones of Jeter’s bedroom documenting a search warrant executed on May 16, 2020, by state police. Among the items depicted is a gun allegedly used in Pugh’s murder. Also seen are boxes of ammunition found in Jeter’s room.

BeaverCountain.com also obtained still images from surveillance camera footage that reveal what prosecutors contend was Jeter’s path of travel around the time of the murder.

Also obtained by BeaverCountian.com are records from the Beaver County Emergency Services Department, detailing a 911 call from a passerby who discovered Pugh’s body and timelining subsequent actions taken by first responders.

The judge presiding over Jeter’s ongoing homicide trial declined a request this week by reporters to release evidentiary photographs as they were presented to jurors in the case. BeaverCountian.com acquired the materials earlier this year.

Jurors have been placed under court order to not read news articles about the murder and to avoid viewing local media.

The descriptions of images publish below were derived by BeaverCountian.com from Pennsylvania State Police Trooper Clayton McGeary’s sworn testimony as taken during a June 2020 preliminary hearing, testimony and arguments presented to date during trial, and other documents from the investigation.

The Path To Sheldon Jeter Jr.

Police testified that upon searching the remains of Tyric Pugh they found his state issued identification card. When they went to the listed address to make a formal death notification to any potential family members, they encountered Sheldon Jeter Jr. who lived at the same address. While Jeter and Pugh were not related by blood, all say the two men were among the closest to family each had.

Police allege that Jeter originally told them Pugh had left the house alone on foot that night, but then changed his story after learning there was surveillance video apparently showing the two leaving together in a Chevrolet Traverse close to the time of the murder. Police say they noticed that same vehicle parked in Jeter’s driveway.

Note: BeaverCountian.com has blacked out the identification number on Pugh’s ID card, along with the Chevrolet Traverse’s license plate number. 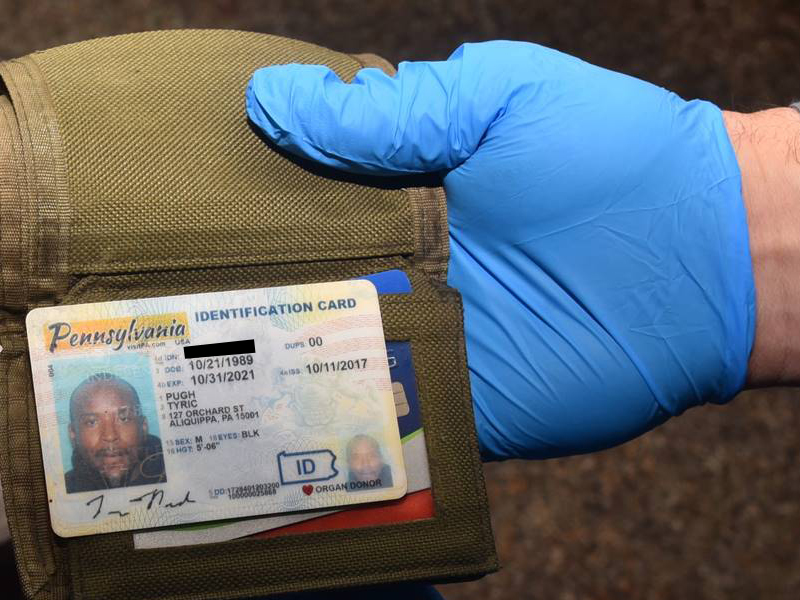 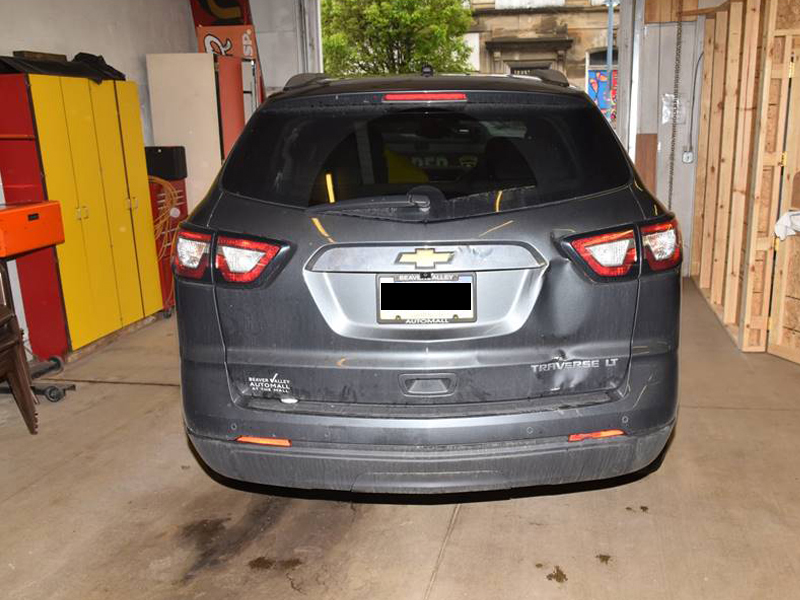 The Night Of The Murder

State police recovered surveillance video from a house across the street from the residence where Jeter resides. This still from the video at 11:10 p.m. the night of the murder shows what police believe is Jeter and Pugh getting into a Chevrolet Traverse registered to Jeter’s uncle.