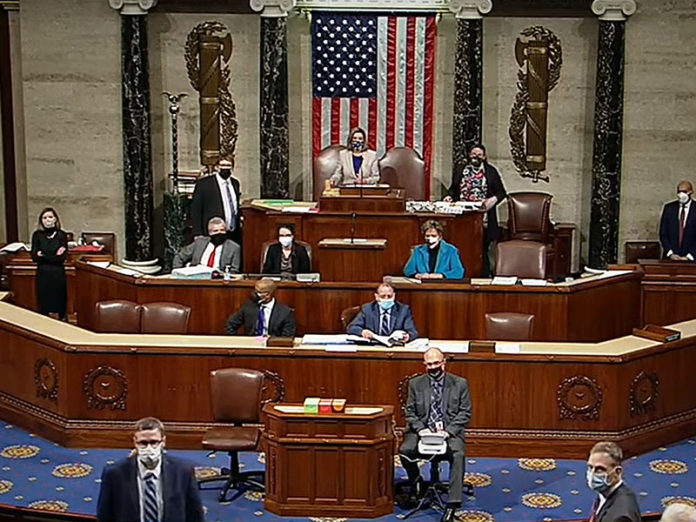 Congressman Conor Lamb (D-PA) took to the floor of the U.S. Capitol building in the early morning hours, defending against attempts by some congressional Republicans to overthrow the will of Pennsylvania voters in the presidential election.

A group of Republican lawmakers had objected to the counting of Pennsylvania’s Electoral College votes, using President Donald Trump’s lies and conspiracy theories as a pretext. Trump was attempting to perpetrate a coup to gain a second term in office, despite losing both the electoral and popular votes by commanding margins.

Lamb’s remarks on the House floor came after the building had been overtaken by Trump supporters, who the President urged to gather in Washington D.C. and to march on the Capitol. Trump hoped to pressure lawmakers into violating their Constitutional oaths by refusing to recognize Joseph Biden Jr. as the rightful president-elect. Trump had also pressured Vice President Mike Pence to unlawfully intervene in the process, which he refused to do.

Trump had falsely claimed there was widespread voter fraud that led to his defeat, although his supporters were unable to present any credible evidence of such conspiracies in court. More than 60 lawsuits brought across the country by Republicans to challenge the election have been dismissed by the judiciary, including by judges appointed by Trump.

Congressman Morgan Griffiths (R-Va.) objected to Lamb’s remarks, asking Speaker of the House Nancy Pelosi (D-CA) to have them stricken from the record.

“The truth hurts,” Lamb said in response. Pelosi refused to take down his comments.

Congressman Andy Harris (R-MD) screamed out after Pelosi refused to take action against Lamb, leading Democratic lawmakers to yell for him to “sit down.” Harris then yelled in return for them to “sit down.”

According to CNN, nearly a dozen lawmakers then got to their feet and closed in on each other arguing, with others working to break them up to prevent the situation from devolving into fisticuffs.

Pelosi demanded order on the floor and the scuffle quickly deescalated.

Trump’s inciting of an insurrection faced bipartisan condemnation, including by both Pelosi and Senate Majority Leader Mitch McConnell (R-KY).

Lamb’s speech can be watched in full below.