When William Bratton was an eighth-grader, he rode the bus to Ambridge Area Middle School with a girl who seemed to relish making him uncomfortable. She targeted and taunted him on multiple occasions and repeatedly used the n-word.

He endured the bullying in relative silence before finally escaping when he moved on to high school and began riding a different bus. But when William left, the girl found a new target — his little sister, Angelena.

Knowing the girl’s history with her brother and having endured this kind of language from other students, Angelena quickly bristled under the torment. After days of racially disparaging comments, composure cracking, she punched the girl.

Angelena, an honors student and two-sport athlete, was out of school for nearly a month, charged for the assault, compelled to take anger management classes and required to report to a probation officer.

Her bully was banned from riding the bus for one day.

According to parents and students, this kind of racial tension and disciplinary disparity is not unusual in the Ambridge Area School District. Stories, emails and social media screenshots provided to BeaverCountian.com show repeated use of racial slurs, threats and violence, much of which parents say has gone unaddressed by administration or, if acknowledged, has been papered over with non-disclosure and non-disparagement agreements.

“It has become normalized,” said Angelena’s mother, Tracia Bratton. “Certain words and certain terms are not viewed as hate speech.”

Parents say black and brown students in the district have been subjected to this cycle of language and administrative apathy for years. The first time Angelena Bratton was called the n-word, she was riding the bus to State Street Elementary School. A current middle school student has been harassed for nearly two years in school and on social media by a group of peers threatening, among other things, “Watch, imma catch y’all niggas.”

And the behavior has not been limited to students. Student athletes say a high school coach, who has since left the district, referred to players not by their names, but by features — the nappy-headed one, the light-skinned one.

Current school board members Jodi Gill and Meagan Trimbur, and former school board member Roger Kowal say Superintendent Joan Welter, who is currently on medical leave and set to retire at the end of the year, bemoaned having to talk to “all the blacks” when an African-American juvenile was tased after a football game in September 2019.

Most troublingly, statistics from the Pennsylvania Department of Education’s Office for Safe Schools show that non-white students in the Ambridge Area School District are disciplined at a much higher rate than their white peers. Though they make up just 17 percent of the district’s total population, non-white students accounted for 48.76 percent of all disciplinary actions during the 2018-2019 school year. The statistics from previous years are similar, ranging from 37 percent to 60 percent from 2015 to 2018. 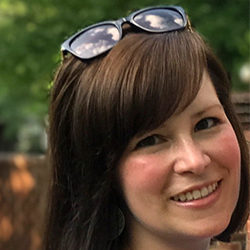