A newly elected Economy Council member believes he was barred from the board’s first meeting this month and missed the opportunity to be a board officer because of his stance on fracking in the borough.

“I absolutely think that’s why they didn’t want me voting at that meeting. They wanted to keep their same people in place so they could keep running roughshod over everybody.”

Borough officials told Kowal he couldn’t participate in the Jan. 6 reorganization meeting because he hadn’t proven he met his legal obligation to resign his school board post. State law says it’s a conflict of interest to serve on both a school board and a municipal council.

But another outside attorney said there is no legal basis for a municipal official having to submit proof of their resignation from a previous position. Christopher Cafardi, a former school board solicitor with a firm that also provides municipal services from its offices in Sewickley and Oakmont, said the Ambridge school board would have no basis to reject Kowal’s resignation after he had submitted his letter.

“I don’t know what proof is required other than his word. It is not the job of the solicitor of Economy to require proof that he had resigned,” Cafardi said, adding that the “over-officious” move went too far and had the effect of blocking Kowal’s chance of becoming council president. 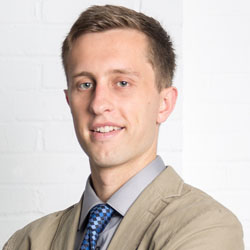 Sam Bojarski
Sam Bojarski is a BeaverCountian.com contributing reporter who focuses on business development and the environment. When not writing, he can be seen running through city parks, reading history or playing his mandolin.
Help Us Spread The News: