Councilmembers Frank Marrone and R.J. Burns were absent for this meeting.

Roger: Asked borough council to check rates on solicitor and auditors and see if there are better rates with other firms.

Linda: Asked if the borough received the ACT 14 letter.

Lisa: Elaborates on the ACT 14 letter the borough received and gave suggestions on how to go about responding to it.

Don: Thinks that sending a response letter cannot hurt the borough, so why not do it?

Laurel: Expressed her concerns with upcoming infrastructure being planned that will connect the well pads.

The mayor then commented on this issue, which sparked an audience member to ask why she was commenting if she is not part of council [25:00]

Carol: Thinks the borough should bring in experts to explain what’s happening so that the borough and the citizens can better understand.

– A problem was brought up with how an ordinance regarding covered walkways was written. A code enforcement officer was present and added his comment on the matter.

– Requested an executive session regarding personnel.

– Discussion about buying new computers or just upgrading the software.

– Motion was made to send a letter to the DEP about the ACT 14 letter discussed earlier in the meeting.

The board went into an executive session and returned approximately thirty-three minutes later.

– Motion was made to interview and hire a public works employee.

– Motion was made to hire a part time secretary for the borough at a rate of $30.00/hr, not to exceed twenty hours per week.

– Motion was made to give Police Chief Mike O’Brien a six year contract with a 4% raise per year. 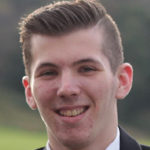